Providing insurance to all Americans,
regardless of your risk factors or pre-existing conditions.

Even if you've been turned down before, there are several life insurance companies that will cover you with bipolar disorder. Coverage may depend on your age, when you were diagnosed, and what medications you are taking.

Depending on your personal circumstances, we may be able to get you preferred class rates. 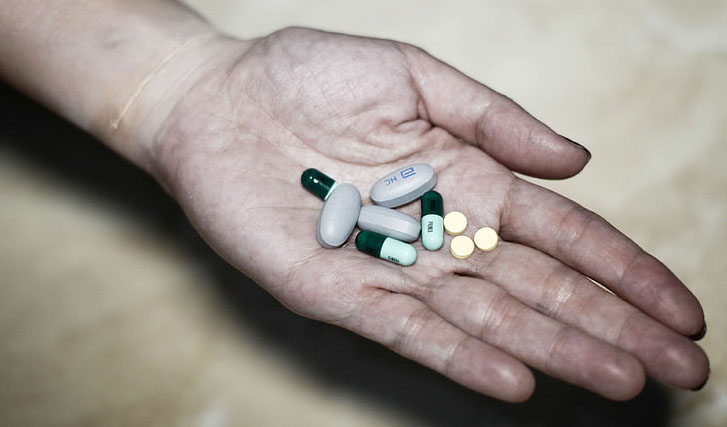 2.8% of U.S. adults (about 5 million people) have been diagnosed with bipolar. The average age is shown around 25 years older. Bipolar disorder is a mental illness that causes extreme mood swings. It is formerly called manic depression because the moods felt can be manic (emotional highs) and depression (emotional lows). It also involves unusual changes in concentration, behavior, activity levels and energy. A person may have periods of extreme happiness and other times extreme sadness or hopelessness but in between those episodes, they will feel normal. A full manic episode is characterized by abnormal and persistent elevated or irritable mood accompanied by an increased amount of goal-directed activity or energy that lasts for at least seven days and presents most or nearly every day. Hypomania is similar to mania but the individual’s episode is less severe and does not cause social or occupation impairment. It also lasts shorter than mania. Bipolar disorder is a serious and risky situation because it can result in suicidal tendency and it is a lifelong struggle and challenge for those who have it.

One possible cause of bipolar is genetics. If a relative or family member has bipolar, that person is more likely to develop it also. Another possible cause is the brain. Brain structure may alter functions of the brain and increase risk of bipolar. Environmental factors such as extreme traumatic experience, physical illness and stress may also be a cause.

There are three main types of bipolar disorder: bipolar I, bipolar II, and cyclothymia. Bipolar I is characterized by the appearance of at least one manic episode that lasts for at least 7 days. The person may also experience major depressive or hypomanic episodes before and after the manic.

Bipolar II is wherein a person experiences a pattern of one or more major depressive and hypomanic episodes that last for at least two weeks but no full manic episodes. This type of disorder is perceived to be more common in females.

Cyclothymic Disorder or cyclothymia is diagnosed when a person has episodes of hypomania and depression lasting for two years. The symptoms experienced here are less severe than the previously discussed types. This type may progress to bipolar I or bipolar II.

Symptoms are generally divided into two categories: mania/hypomania and major depressive symptoms. Mania and hypomania are different types of episodes but have the same symptoms. The severe form, mania, has more noticeable problems at home, work or at school. Manic and hypomanic episodes include three or more of these symptoms: abnormally upbeat, decreased need for sleep, racing thoughts, unusual talkativeness, increased activity or energy, easily distracted, and poor decision making. They may also feel jumpy, talk very fast, and think they can do multiple things at once.

Major depressive episodes include symptoms such as thinking or attempting suicides, loss of interest, sadness, empty, hopeless, restlessness, insomnia, loss of energy and decreased ability to concentrate. A person may also be forgetful and have no interest in almost all activities.

Bipolar disorder can be difficult to identify because of mood swings. This disorder is usually diagnosed during adolescence or early adulthood. Diagnosis of bipolar disorder is usually based on an individual’s family and life history, experiences, and environmental factors. Doctors may conduct physical examinations such as blood work or urine tests to rule out other conditions that may cause the symptoms. They may also require a mood journal to track the changes in your emotions. Another diagnosis that can be conducted is mental health evaluation by a psychiatrist or psychologist.

Bipolar disorder typically requires lifelong treatment. There are several treatments and medications available to manage it. One example of the treatment is psychotherapy. It is also called “talk therapy” wherein it is a variety of techniques that helps the person identify the confusing thoughts, behaviors and emotions. Cognitive behavioral therapy is one technique under psychotherapy. This type of therapy will help the bipolar person understand his/her thinking patterns. The therapist can also help teach positive coping strategies. Psychoeducation is counseling that helps the individual and his/her family member understand more about the disorder so that they can help and support the affected person. Interpersonal and social rhythm therapy is about regulating daily habits like eating, exercising and sleeping.

Electroconvulsive therapy (ECT) is a procedure that stimulates the brain that relieves the severe symptoms of bipolar disorder. It is usually a series of sessions over several weeks. This procedure is carried out under general anesthesia and is safe. This can be effective in treating extreme depressive and manic episodes. This can also be used when rapid response is needed for instances like catatonia (state of unresponsiveness) or suicide risk.

A number of medications may help manage symptoms of the disorder. One of which is mood stabilizers. These are used to control the manic or hypomanic episodes. Examples of this are: lithium (Lithobid), carbamazepine (Tegretol), divalproex sodium (Depakote), valproic acid (Depakene) and lamotrigine (Lamictal).

Another classification of medication used are antipsychotics. These are used when mania or depression still persist despite the other medication taken. These medications may be prescribed alone or used in combination with mood stabilizers. Examples are: quetiapine (Seroquel), asenapine (Saphris), aripiprazole (Abilify), lurasidone (Latuda), ziprasidone (Geodon), olanzapine (Zyprexa) and risperidone (Risperdal). The medication Symbyax (fluoxetine-olanzapine) is an antidepressant-antipsychotic that works as depression and mood stabilizer.

Benzodiazepines are anti-anxiety medications that may improve sleep and help anxiety but they are only for short-term use. Examples of benzodiazepines are: alprazolam (Xanax), diazepam (Valium), and lorazepam (Ativan).

Complementary treatments for bipolar disorder are also available. One option is the light and dark therapy. This focuses on the biological clock in people with bipolar disorder. Usually, a disturbance in sleep-wake cycles of the body can trigger symptoms of mania and depression. This therapy reduces the mood cycling by slowly managing your exposure to light.

Even though bipolar is a lifelong condition, there are treatments and medications available for it to be managed. More importantly the support of the people around the affected individual is also important.